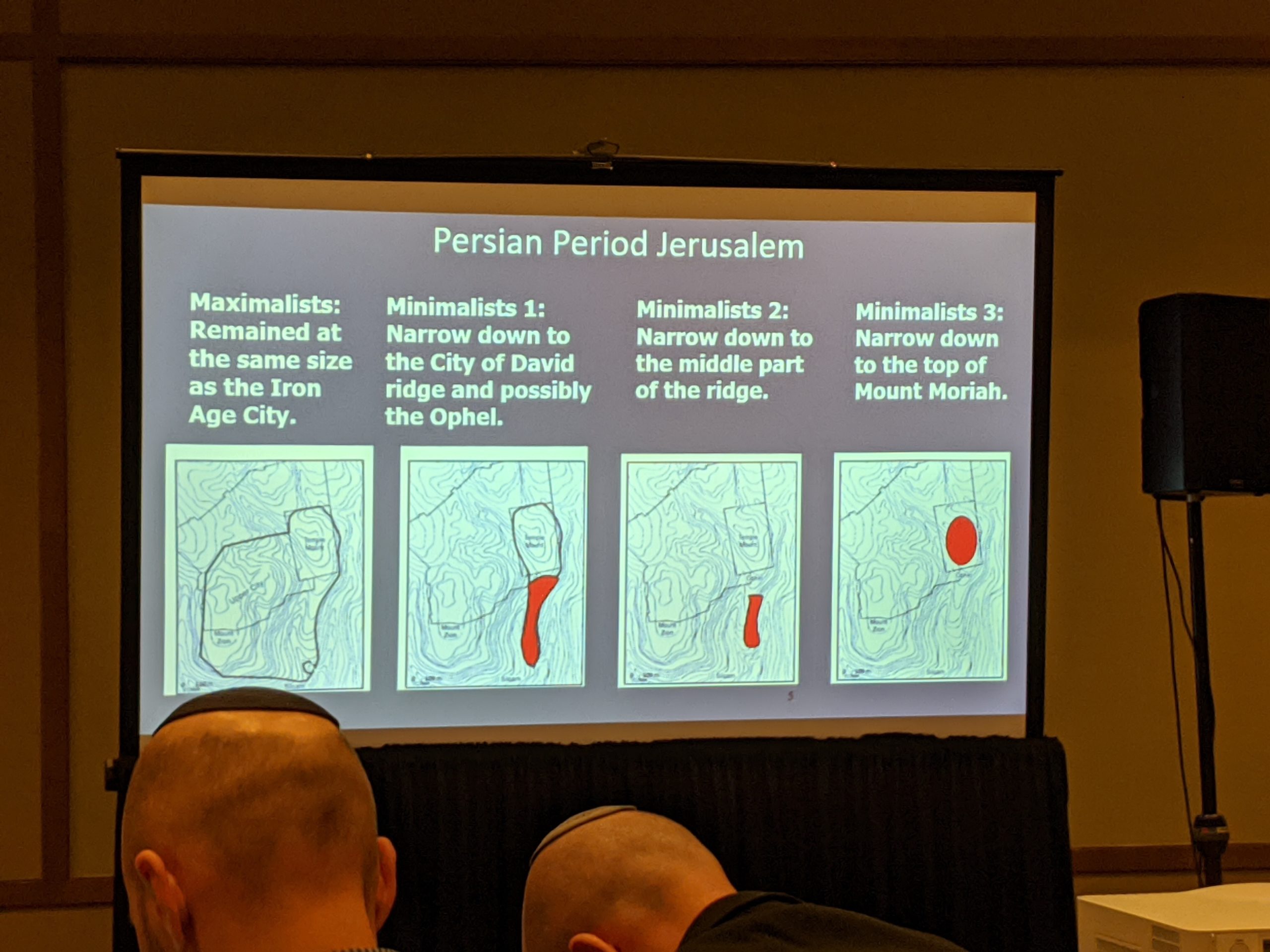 I spent the morning listening to lectures about Jerusalem (#ASOR2019). Along with esoterica about swine bones, I found most fascinating discussions of the tower at the Gihon spring and the eastern “walls” of the city — not fortifications but terraces for wealthy homes. Jerusalem was unwalled until later in the Iron period. Hezekiah was responsible for tunnel 2, not the larger tunnel 8 often attributed to him. That latter tunnel was from the prosperous period under Manasseh and watered royal gardens. And Persian Jerusalem was tiny with hovels built into the ruins of the Babylonian destruction. The Persian and Hellenistic Jerusalem of literary sources was aspirational rather than actual. Good stuff requiring some rethinking. #WeAreCSP